Well the FTQT Benasque workshop has come and gone. It has a fantastic experience to spend two weeks with many smart people interested in quantum error-correction and fault-tolerance.

One of the unexpected, and unplanned from my perspective, things to happen was a Reddit Ask-Me-Anything. It was setup by James Wootton and several of us joined in, all sat in the same sofa area for a couple of hours. It was hilarious to hear someone gasp, “O no, someone has asked if quantum computing implies P=NP” quickly followed by “I’m on it!” from elsewhere in the room (I think Steve Flammia was the first on this one).

Below are a couple of photos of the AMA in progress. There are a few more pictures on the Benasque website. The lightening the main room wasn’t great and I only took my compact camera, so unfortunately a lot of pictures during talks went straight to trash. 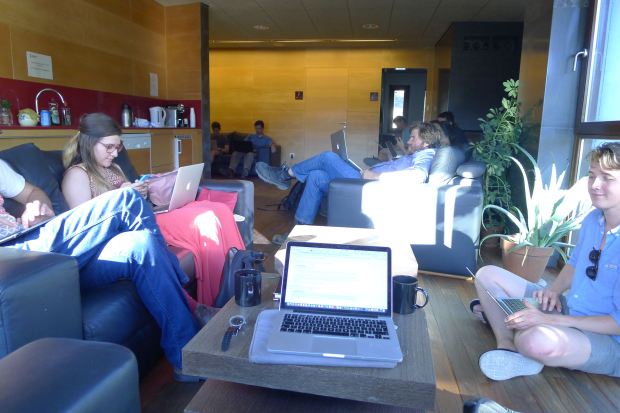 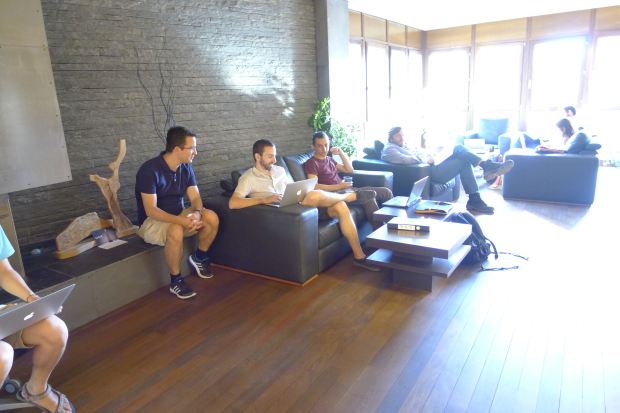